by JACO on December 27, 2019 in Articles, Decklists, Vintage

This past week the tournament organizers Magic Bazaar hosted the European Eternal Weekend 2019, and held the European Vintage Champs on Sunday December 22, 2019.

This year’s event was held in Nanterre, France, just outside of Paris, and drew 75 players, which meant 7 rounds of Swiss, followed by a cut to Top 8 playoff. Prizes for the event included the notorious “prize wall tickets,” as well as a piece of exclusive original art for the winner, commissioned by Wizards of the Coast. This year the painting was a beautiful reinterpretation of Mox Pearl, by artist Sidharth Chaturvedi!

There was no official coverage in English of the event, so most of this is derived from the Magic Bazaar website, the Magic Bazaar Facebook page, as well as some Twitter posts, and adapted here with our analysis for digestion by English speaking audiences.

This event was filled with Paradoxical Outcome decks, which converted well and placed 6 variants in the Top 8 (most either 4C or UWB). A handful of Americans made the trip, placing 2 in the Top 8, alongside a trio of Spaniard teammates. Workshop Aggro and an interesting 4C Dreadhorde Planeswalker Control deck rounded out the Top 8 (similar to the previous RUG Planewalker Control lists from earlier this year, but also adding Deathrite Shaman). Amazingly, 4 players would Top 8 both the Legacy Champs and Vintage Champs at the same event this year. Congratulations to Alex Samaniego, Gael Bailly Maitre, Rodrigo Togores, and Thomas Mar!

Here are a few pics from the event, courtesy of the organizers, and from various players in the event. 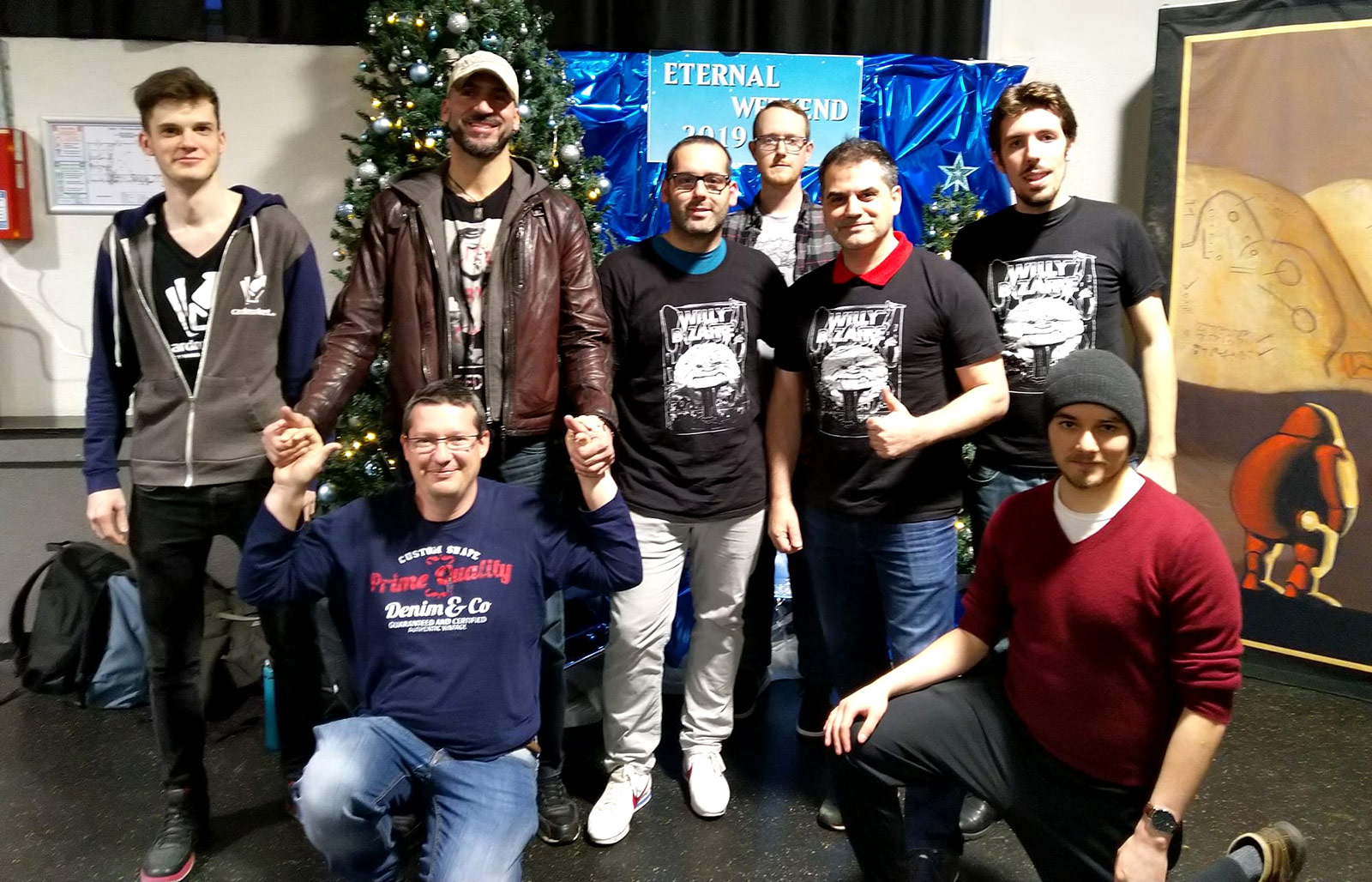 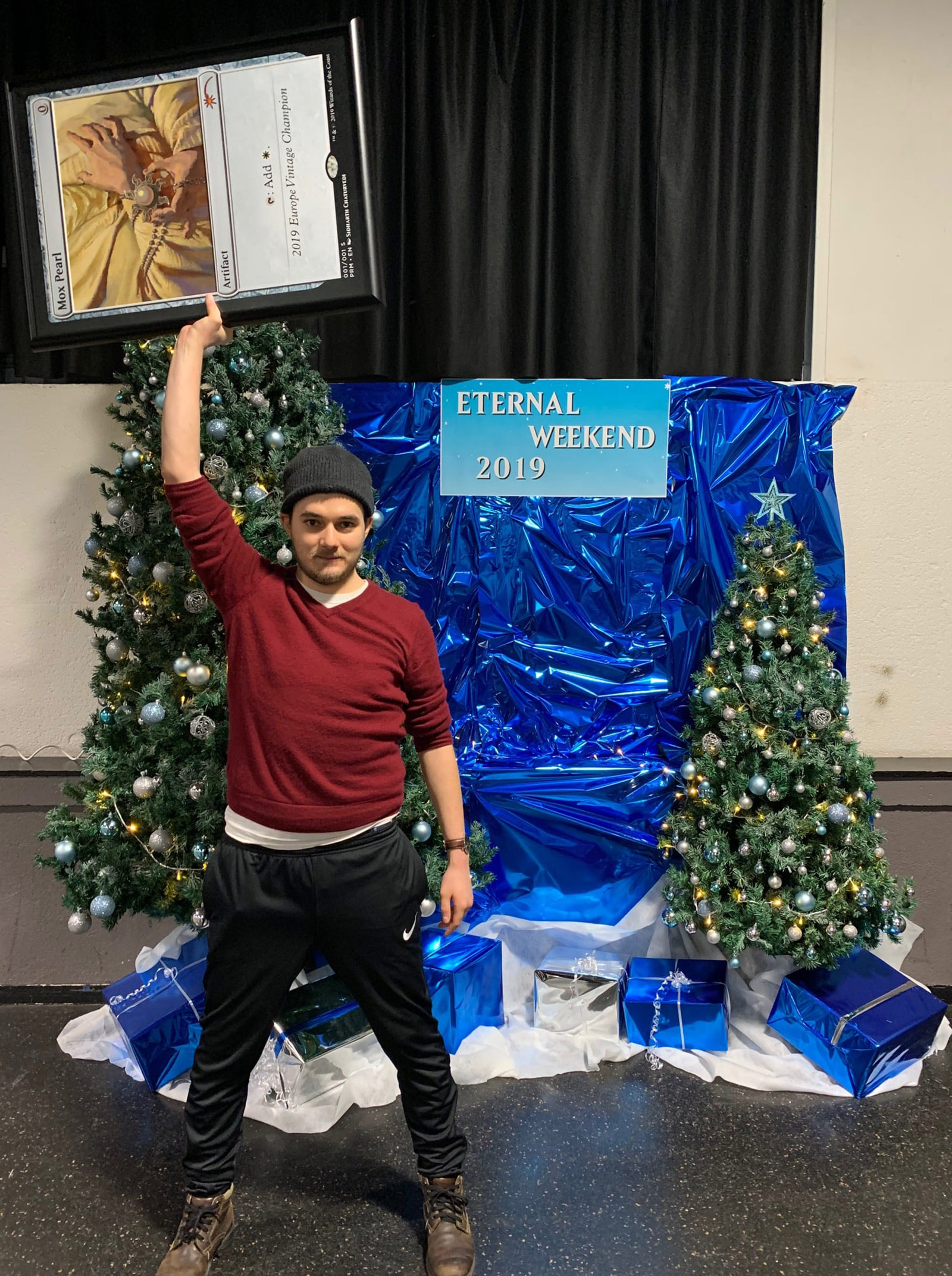 75 players are getting ready to play the most Eternal of formats : Vintage pic.twitter.com/50rwhd9qbr

Super happy to compete in Vintage Eternal Weekend Paris by Bazaar of Moxen with my brand new Moxes. 78 players are ready to play some beautiful Magic!!! 🤩🤩🤩💪💪💪 #EternalWeekend #MTGVintage pic.twitter.com/r1EEFcPlgp

Started off this one where the last left off, battling Jeskai Xerox. The result was reverse though with a clean 2-0 win!

The usual Mind’s Desire for 12 with Bolas Citadel on board from @BoshNRoll at Eternal Weekend. pic.twitter.com/YrrgOyzLSE

Got 2nd in Eternal Weekend Paris Vintage. 2nd place stings to get so close but it was a solid run.

The awesome Vintage Deck and SB guide I used today to finish top 4 of the Eternal Weekend Paris. I went undefeated until my final loss. Deck runs smooth and being able to pivot from combo to control is great. pic.twitter.com/hApuuWZna2

5-2 and 12th place at Eternal Weekend Paris with this beautiness! 😍😍😍
You don’t get to see deck pics like this everyday!!! Next year I plan to get the Lotus and Twister. For now this is all I got! 🤩🤩🤩 #MTGVintage #MTGFoils pic.twitter.com/rCXBSmFJcR

Placed 18th in the Eternal Weekend Europe Vintage Main Event after losing my win-and-in against Tomáš Már. Turns out one doesn’t need Power, Workshop or Bazaar in order to succeed in Vintage!

Thanks go out to @NiklasHoltmann, who helped me to brew the deck last minute. pic.twitter.com/6DzOTtPN8E

Part of my 2nd place champs prize: It’s not the Mox Pearl painting trophy, but it is a unique canvas print of the art!

Gonna look sick when I frame it up and add it to my wall. pic.twitter.com/wEdACemGCN